skip to main | skip to sidebar

Well, it's been quite some time since I've updated this blog! Between working full time, keeping my household going and spending time with my family, I haven't had much time to blog. So I'm prioritizing and right now family and job are coming before the blog.

(Now I have to be a little mean here. I've been getting A LOT of comments that aren't really comments...people have been using the comments as a way to advertise their products, their business websites and other money making schemes. I purposely NEVER put any ads and have never been compensated to promote something because I wanted to maintain the honesty of my opinions of products. I made this blog to help people, NOT to make money. So if you are one of the people leaving these kinds of comments, STOP IT.)

(Back to being nice.) But never fear, that doesn't mean I'm going away forever. I'll be back sporadically. And when I'm not here, know I am spending my time well by cheering my son on at a soccer game, planning lessons for my wonderful students or out there being cheap and green with my family. Thanks for reading!
Christine
Posted by Christine at 5:57 PM No comments:

As I mentioned in an earlier post, I've been mystery shopping since December as a way to earn a little extra money. When I started, I tried a lot of different types of shops, from paint stores to fast food to banks and lots of other things.

Lately, I have become more picky about my shops. Now, I pretty much choose the shops that my family can benefit from and we can spend time together (restaurants mainly) and ones that are places I'd go to anyway, like the grocery store.

And the grocery stores have become my favorite shops to do. The ones I like best give a reimbursement of $10-12 for groceries. I don't mind looking around and evaluating the store for $10-12 in free groceries. I probably do about 3-4 grocery shops a month (sometimes more) and that means about $40 free groceries a month. Plus...you don't pay taxes on the reimbursements (only the "fees" mystery shop companies pay).

So out of curiosity, I added up how much I've been reimbursed for JUST groceries since January. Guess what? I've been reimbursed $356 so far this year!!! I love the fact that I get paid for doing something I'd have to do anyway...and because I'd be doing it anyway, it's not an extra trip, so I am not using any extra gas either. Yay!
Posted by Christine at 7:50 PM 1 comment:

Living Cheap and Green at the Beach

Well it's summertime and that means a visit to the beach! Here's how we stay cheap and green when going on vacation.

1) Take the car that gets the best gas mileage. We have always taken the minivan because of all the stuff...and my son's stuff has always taken a lot of room. Since he's been getting older, the things he wants to take are different. A few years ago it was Thomas trains and track, now it's a Nintendo DS. Much easier to pack! So this year, we're taking our small car.

2) Find out your recycling options. If you're like my family, you use more individually packaged drinks (cans, bottles, etc) on vacation. The house we rent does not have recycling pick up. In previous years (with the minivan) we just bagged the cans and bottles and recycled them at home. This year, no minivan means to transporting the cans. I looked online and found a recycling drop off 2.4 miles from where we are staying.

3) Find another family to vacation with. It's considerably cheaper to share the cost of renting a vacation house when the cost is split. We've been doing this with my cousin and his family for a few years now. Not only can we get a nicer and bigger house since we share the cost, but we have a great time with them and their kids.

4) Eat in. It's very tempting to eat out every day when you're on vacation. And very expensive. The house we rent has a kitchen, so we've always planned meals out ahead of time. We usually eat out once for dinner and maybe once for lunch, but the rest of the meals for the week are made at the house. Some of the dinners we pre-make and freeze and bring down.

5) Keep the kids on a budget. My son has his own money that he takes to the beach. If he wants to buy some little trinket, it's his money. When he has to buy souvenirs himself, it makes him think twice about it.

6) Keep the packing as light as you can. If you are lucky enough to stay somewhere that you are able to wash your clothes, you can probably pack half the amount and just wash mid-week. The lighter you pack, the better mileage you will get.

Do you have any other tips for cheap and green vacations?
Posted by Christine at 8:59 AM 1 comment:

Revisiting the topic of Reusing

I read a book recently called "Going Green" that has me really thinking about reusing. I checked the book out from the library, not really reading the description and just figuring it was a new "green" book I hadn't seen before.


When I got home, I realized this wasn't really a "how-to" sort of book. It was a book of essays. I was a little put off...sometimes environmental essays get preachy, and I can't stand that. But I was pleasantly surprised. The essays were about how different people reused things (or "gleaned" as they say in the book). The writers of the essays intertwine their own philosophy of recycling, reusing and life in general in the essays. I found myself really enjoying the book.


Many of the essays discuss "dumpster diving", and while I can't say I've ever gone through an actual dumpster, I do have a couple of pieces of furniture that had once been sitting out with someone else's trash. I figure I'm cutting the middle step out of Freecycling.

Now I will say there were one or two essays that I didn't relate to. Call me squeamish, but I draw my reusing habits when it comes to roadkill. Yes, one essay discusses a man out west who cooks roadkill. No thanks. But overall the book focuses on how much Americans buy and throw out...things that are perfectly usable. I think the popularity of Freecycle 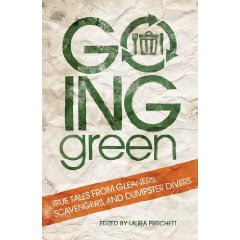 has really helped eliminate a lot of this waste.


So, after reading this book, I was really motivated. I was excited when my mother suggested going to the Goodwill store with her. I've always loved the Goodwill Store. While you're not getting used items for free, they're cheap, and you're helping a charity. So what did I get there?


I found some great things. A pair of boys' Old Navy Jeans for $2, an Abercrombie & Fitch shirt for $1.25, a pair of Doc Marten boots for $10, and my son got numerous VHS movies and books. Besides feeling good about reusing something, I love the feeling of hunting for and finding treasure.
Posted by Christine at 9:13 AM No comments:

This is officially the first day of summer for my son. We try to find fun (and inexpensive) things to do during the summer. On the agenda for this week:
Signing up for the summer reading program at our local library and Barnes and Noble. Both of these programs reward kids with a free book at the end of the summer. 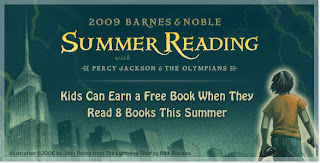 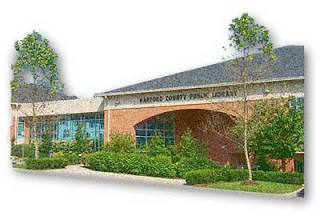 Our local library has a lot of events over the summer for kids that are also free, from animal and environmental programs, to magic shows and Harry Potter "parties". Today we're registering for "Wild Tales" which is a program that uses live animals to teach children about wildlife and the environment. 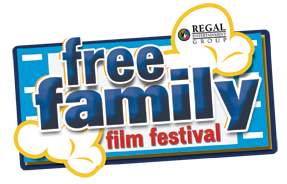 Tomorrow we're off to see a free movie. Regal Theatres does this every summer. On Tuesday and Wednesday mornings at 10am they show a G and a PG movie for free! But get there EARLY! They fill up fast. Although we aren't close to AMC Theatres, they run a similar summer program that charges $1 for charity.

Local parks also have many free or inexpensive programs, like Otter Creek Park, which is near us. Lots of fun, outdoor activities where kids can also learn about wildlife and the environment.
And later this summer we're headed to the Walters Art Museum (my personal favorite) which is ALWAYS free! Plus, they have Drop-in Art Activities for kids, which are also free. Museums are great summer day trips, especially when it's hot outside, and many are free, so you may want to check out museums in your area.

We're off to the library!
Posted by Christine at 9:27 AM 2 comments:

We are done with the annual yard sale and it was a success! We actually didn't have as much stuff as we had in previous years...but that's a good thing! We had minimal knick-knacks and more of old toys and clothes my son had outgrown, along with some old furniture pieces and small kitchen appliances. Most of it sold and the rest went to Goodwill (we opted to bypass a freecycle free-for-all this year since we wanted to get the driveway cleared off!)

We made $109...a nice little chunk of change that can be spending money for our vacation in a few weeks.

Sometimes I wonder how well we'd do if we were closer to the main road (we're at the end of a court), but it seems like the two signs we put up got enough people to us. It was a nice, not too hot, day and we had fun!
Posted by Christine at 9:21 AM 1 comment:

Thoughts of the Day

In preparation for the yard sale on Saturday:

"Our life is frittered away by detail... simplify, simplify."
Henry David Thoreau

"That man is rich whose pleasures are the cheapest."
Henry David Thoreau
.
.
.
Posted by Christine at 8:17 AM No comments:

Who's reading Living Cheap and Green 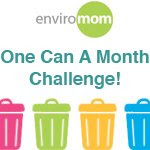 Can you reduce your waste?